The Finnish Seed Potato Centre Ltd (SPK) was established in Tyrnävä in 1976 to ensure the production of healthy seed potatoes. The reason for setting up the SPK was the then poor quality of potatoes and the rapid spread of pests. The areas of Tyrnävä, Liminka and the former Temmes were combined into a protective zone with the objective of ensuring the production of healthy high-quality seed potatoes, to prevent the introduction of pests into the protective zone, and to control any plant pests in the zone and prevent them from spreading. The establishment of the seed potato centre and systematic efforts to produce clean propagating material rapidly produced good results.

Today, the High Grade Region comprises the municipalities of Tyrnävä and Liminka. Annually, potatoes are cultivated in an area of approximately 1,200 hectares. Seed potatoes are produced on about 700 hectares and food potatoes on about 500 hectares. There are 28 seed potato farms and 21 food potato farms in the area. These municipalities account for about 70-75% of Finnish seed potato production. Of the total production of around 17 to 18 million kilogrammes of seed potatoes, 3 to 4 million kilos are exported each year. In recent years, Russia has been the most important export destination. 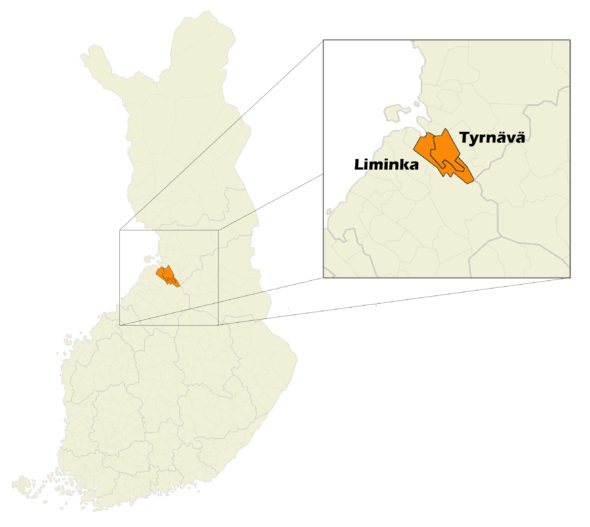 The High Grade Region for the production of ​​high quality seed potatoes is still free of hazardous diseases and pests. There are no yellow or white potato cyst nematodes, Colorado beetles, potato wart disease or ring or brown rot of potato. Quarantine pests and diseases are well under control throughout Finland, and for example, brown rot of potato has never been found in potatoes produced in Finland.

The advantage of Finland’s High Grade Region is its remote northern location and harsh winter weather. Thanks to the proximity of the sea, the growing season is longer in the area and there is less frost during the growing season than at the same altitudes further inland. The area is characterised by long periods of subzero temperatures in winter and deep ground frost, which contribute to preventing the reproduction of plant diseases and pests.

The High Grade Region is far from other production regions in the country. The production of potatoes other than seed potatoes is focused on the southern coastal regions of Finland with strong starch or food potato production areas. This means that aphids cannot spread viruses to seed potatoes as easily from other potatoes, which contain many viruses. Plant pests, such as Colorado beetles, often arrive assisted by wind and reach southern Finland or Eastern Finland first, either across the sea or the eastern border. However, it is not easy for them to reach the more northern parts of the country, where the High Grade Region is located. Compared with other European countries, the risk of the occurrence of plant diseases is relatively low throughout Finland.

The special features of crop rotation in Finland, with potatoes usually being replaced by grains, oilseeds or grasses, also contribute to reducing the occurrence of diseases. In Central Europe, crop rotation may include not only potatoes but also root crops, flowers or vegetables, which can function as host plants for plant pests pathogenic to potato plants. Plant pests, such as brown rot of potato, may also spread in Central Europe through irrigation water from rivers or flood waters. Diseases and pests spreading through soil are a bigger problem in the intensively and densely cultivated production areas of Central Europe than in Finland.