In Finland, three BuSK-related PPGIS inquiries have been performed and one is on its way.

The three already completed include an inquiry, which was targeted to the tourism entrepreneurs in Rovaniemi, another dealing with mining in Kittilä and a third reaching over the borders of Finland, Norway and Sweden in northwestern Lapland, in Enontekiö municipality and adjacent regions in neighboring countries.

The most interesting results of this Enontekiö area inquiry show that overlapping interests of different land uses occur especially in the famous and popular route from Kilpisjärvi village to the Norwegian border, to Halti fell which is the highest peak in Finland.

Especially the leisure use of snowmobiles and ATV’s was regarded as problematic among many kinds of users from locals to tourists. The maps show that the intensity of the use of snowmobile (map 1) concentrates both to this Kilpisjärvi area with the surrounding Käsivarsi wilderness area and to the municipal centre of Hetta but only the northern area is seen as problematic (map 2). 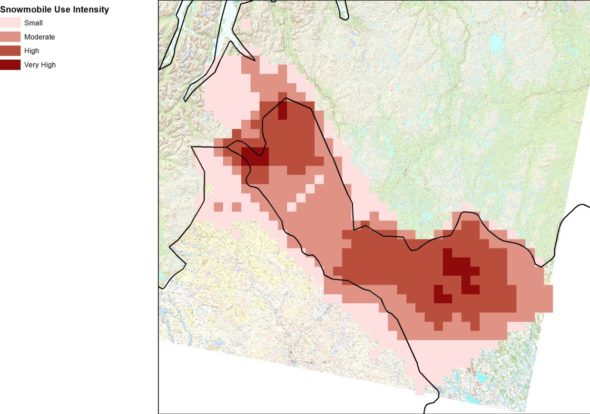 Map 1. The intensity of snowmobile use 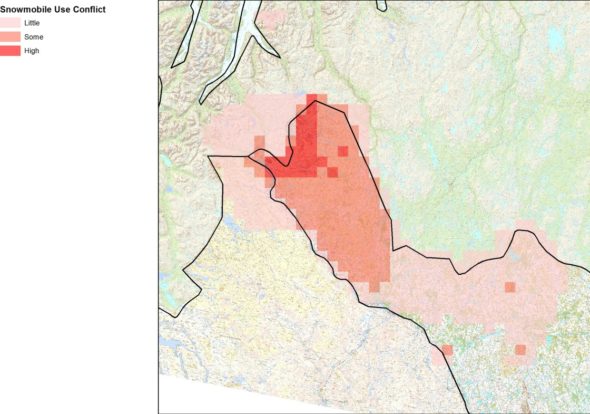